Each year, several hectares of ecosystems rich in biodiversity undergo major disturbances, some of which are disappearing. As a result, dozens of species of birds, fish, amphibians, reptiles, and mammals must adapt to a habitat that has been modified, fragmented, or even destroyed. In some cases, survival of their species is at stake!

Since 2000, the number of endangered or vulnerable animal species increased from 8 to 38. At this precise moment, 115 others are liable to be added to this number. Since the needs are increasing, by donating today, you are helping us slow down the decline of these species!

The Fondation’s Endangered Wildlife program provides financial aid to organizations for projects in the protection and restoration of habitats of endangered and vulnerable wildlife species.

Give generously to help endangered wildlife! Thanks to your donation, we are able to take concrete action to protect, improve, or restore important habitats for endangered or vulnerable wildlife in Quebec so our children and grandchildren may also benefit from the presence of these species around us.

YES, I WANT TO MAKE A DONATION FOR ENDANGERED WILDLIFE!

Here are some examples of projects supported by the Fondation in connection with three endangered or vulnerable species in Quebec: 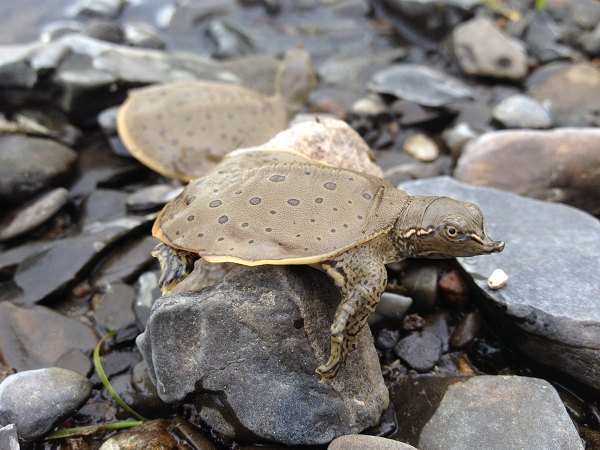 The Spiny softshell turtle has a scaleless shell covered with a leather-like skin. Designated endangered by the Quebec government in 2000, in the province, this species is found only in Missisquoi Bay in Lake Champlain and in the Brochets River.

Since the publication of the first report on the status of the species in 1997, the Fondation has funded 28 projects aimed at its recovery, including projects for the conservation and development of turtle habitat, awareness-raising among local residents and acquisition of knowledge about the species.

Among these projects, let us note that of the Natural History Society of the St.Lawrence Valley which aimed at capturing and tagging ten turtles in order to locate, by telemetry, their nesting, sun exposure, feeding and wintering.

In addition, the Fondation is funding a project carried out by the Granby Zoo in collaboration with the Spiny Softshell Turtle Recovery Implementation Group that aims to mitigate the threats to the survival of eggs, including flooding. nest predation by raccoon, striped skunk and several species of birds. These organizations have set up a program for the collection and artificial incubation of eggs. Thanks to this program, nearly 1,700 young turtles have been released into the wild since 2009. 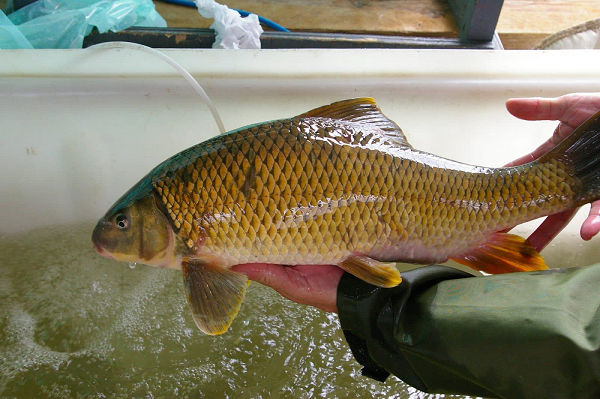 The first wildlife species to be designated as threatened by the Government of Quebec in 1999, the copper redhorse is found only in the waters of a few rivers in Quebec and the St. Lawrence River, between Lake Saint-Louis and Lake Saint- Pierre.

The only two known breeding sites for the species are located in the Richelieu River. The warm water of the river and its seagrass make it a favorite place for nurseries and for the survival of the young and adults.

Since 1997, the Fondation has funded more than 30 projects related to the recovery of the copper redhorse, including projects to acquire knowledge, protect and stabilize the banks, as well as awareness-raising activities.

Among the projects funded, we note those of the Nature Conservancy aimed at acquiring land on Île aux Cerfs, Île Jeannotte and the Saint-Jean Islands, located on the Richelieu River, in particular to conserve essential aquatic grass beds for the survival of the young fish.

Also, since 2003, the Fondation has supported the Richelieu River Basin Concertation and Development Committee to carry out awareness and education activities on the copper redhorse at the Pierre-Étienne-Fortin wildlife refuge. 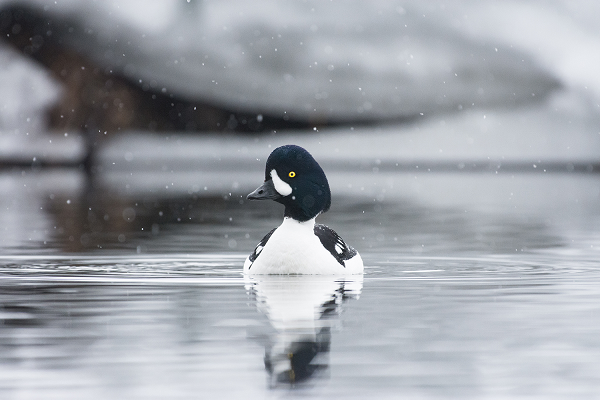 The Eastern Barrow’s Goldeneye population is classified as vulnerable in Quebec. The nesting area of ​​this arboreal duck is located mainly on the North Shore. It nests in cavities of large snags, near fishless lakes, as it feeds on invertebrates that it captures while diving. However, there are certain threats to its habitat, including logging, stocking lakes without fish and hunting.

The Fondation has funded various projects on the North Shore to identify fishless lakes suitable for the nesting of Barrow’s Goldeneye and produce conservation plans to maintain favorable habitat conditions, notably those of the Institut de sustainable development of the First Nations of Quebec and Labrador, in collaboration with the Council of the First Nation of Innu Essipit sur le Nitassinan, and the Regional Council of the Environment of the North Shore.

In Gaspésie, the Fondation supported a nature conservation project that aims to protect populations of harlequin duck and Barrow’s Goldeneye through the acquisition of 35.26 hectares of coastal habitats at Pointe Saint-Pierre, near Percé. The protected territory is located on the unspoiled shores of the only coastal forest in the area, an exceptional wildlife habitat.